The Hood Canal Priority Basins project was completed in December 2017.

It was conducted by Jefferson County Public Health (JCPH) and the Jefferson County Conservation District (JCCD) with support from the Washington State Department of Ecology’s Centennial Clean Water Fund.  The project identified and addressed non-point sources of fecal bacteria in two high priority stream basins in Jefferson County: Chimacum and Ludlow. As part of the project, monthly stream monitoring were conducted from 2015-2016 for Chimacum Creek and from 2016-2017 for Ludlow Creek. A trend analysis of monitoring data was done for 10 stations in Chimacum Creek, where previous survey data exists. Also freshwater bacteria monitoring was completed along approx. 7 miles of shoreline in Port Ludlow during the 2017 wet and dry seasons. Lastly, during the project JCPH also completed 302 sanitary surveys of on-site septic systems in the project area and both JCPH and JCCD hosted three public meetings and several public outreach activities about the project.

In Chimacum Creek, out of the 31 current monitoring stations, 15 stations were found to be failing the State bacterial standard in the wet season and 21 were failing in the dry season (48% and 68% respectively). This does represents an improvement over results obtained in the 2011-12 surveys where the failure rate was 86% and 82% respectively. An analysis was conducted on the data for ten stations to see if this improvement was statistically valid.  At many sites this improvement trend is not statistically significant but there were significant improvement trends seen at CHI/6.7 (on the Chimacum main stem along Center Road, just north of Egg & I Road) and at the two lowest Naylor’s Creek sample stations. There was also a significant declining trend in water quality found at one Putaansuu Creek sample station (PUT/0.4) at West Valley Road.

The first full assessment of Ludlow Basin found that, compared to Chimacum Creek, Ludlow has lower bacteria levels. Only one station failed the State standard in the wet season and three failed in the dry season, all for smaller creeks in the lower basin. Shoreline sampling found one confirmed hot spot high in bacteria in winter (which was dry in summer) and three separate hot spots in summer. All were from street and storm water drainage or through wooded areas. Three of the hot spots had lower concentrations on subsequent surveys. Additional water quality monitoring will be needed in the future to determine if the improvements that were seen in some areas are statistically valid and to re-check areas with high fecal coliform levels.

Of the 302 on-site septic systems (OSS) that were surveyed in the project, JCPH identified 12 system failures and 195 suspect systems. The suspect systems represented 58% of all the systems that were checked during the survey.  These system did not show any outward sign of surfacing sewage but are still considered suspected sources of fecal coliform bacteria due to their condition, advanced age (> 30 years), proximity to water, and/or other factors.  It will be necessary for JCPH to revisit these OSS on a periodic basis to provide assistance and information to home owners who may need to repair or replace these systems in the future. Also additional sanitary surveys are needed in areas where water quality declines and areas high in bacteria were noted.

For the full project report, see Additional Resources below. 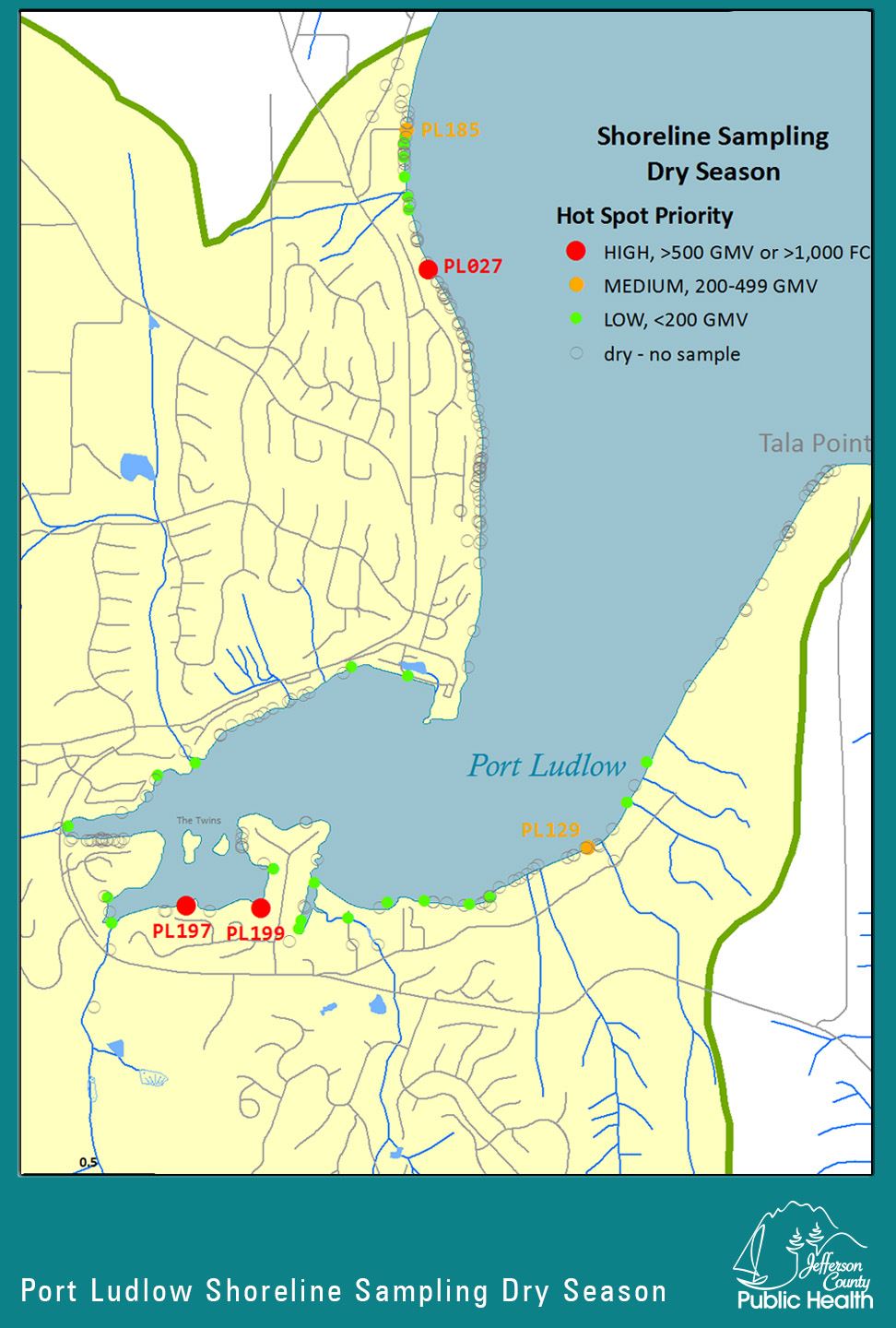 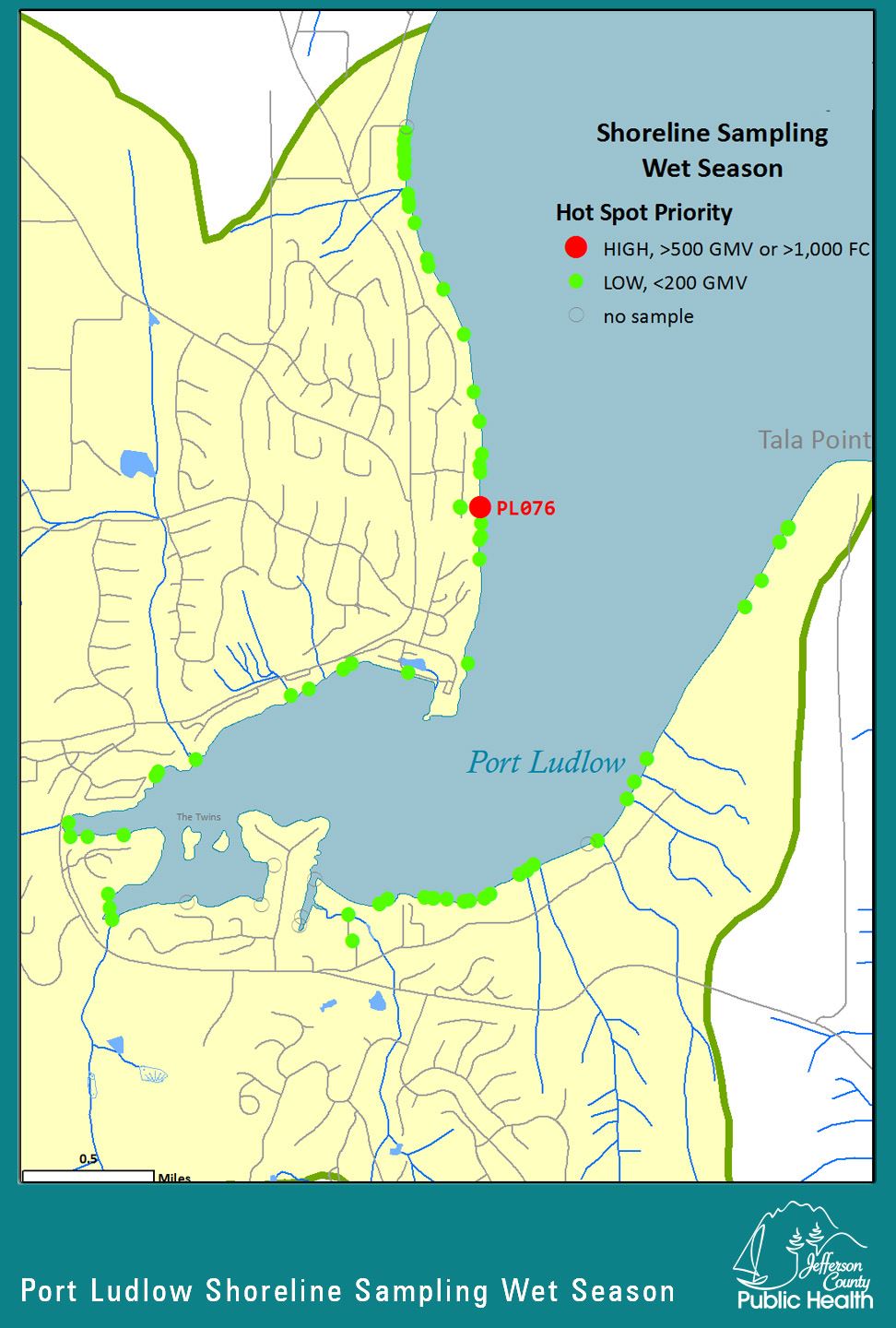 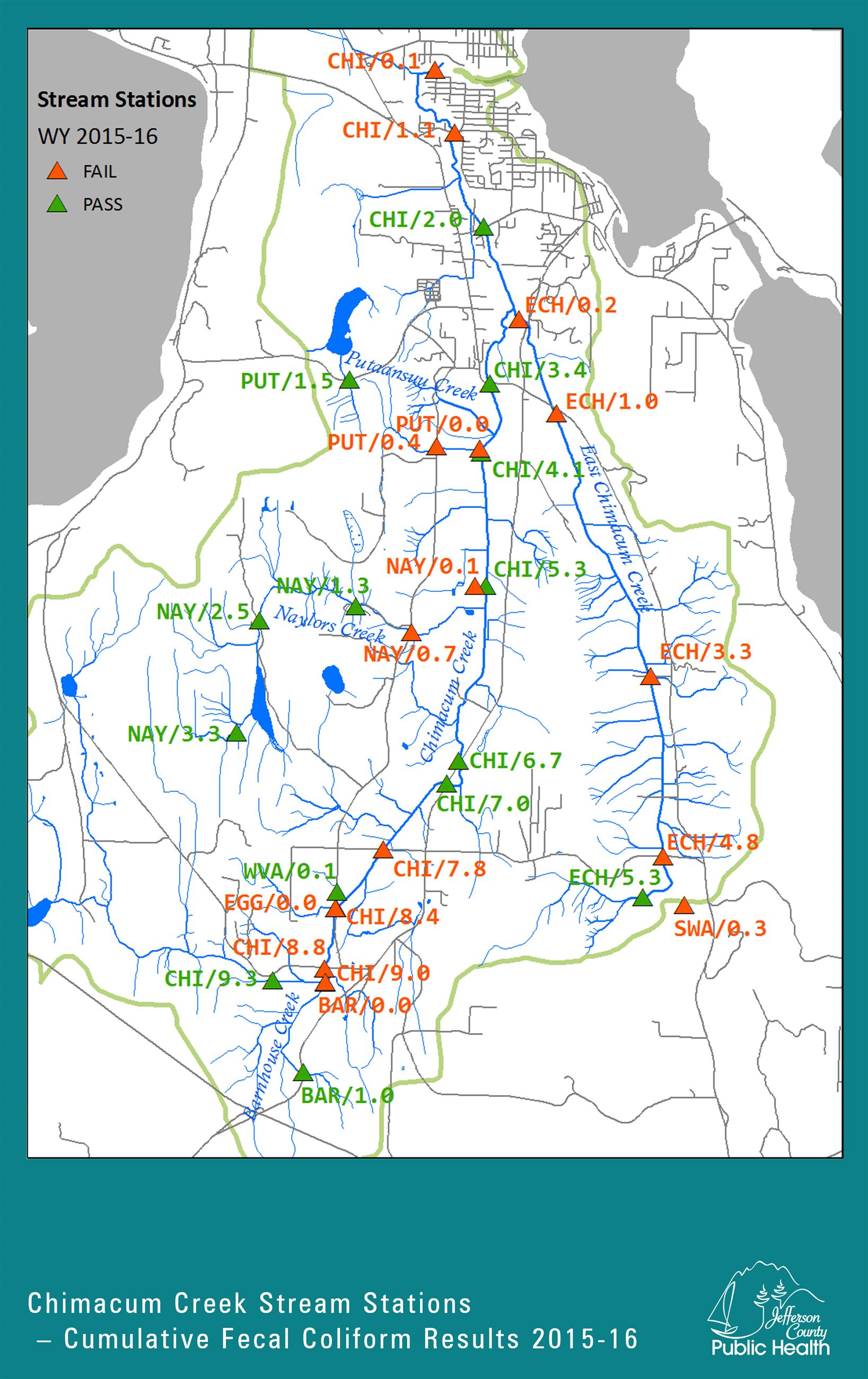 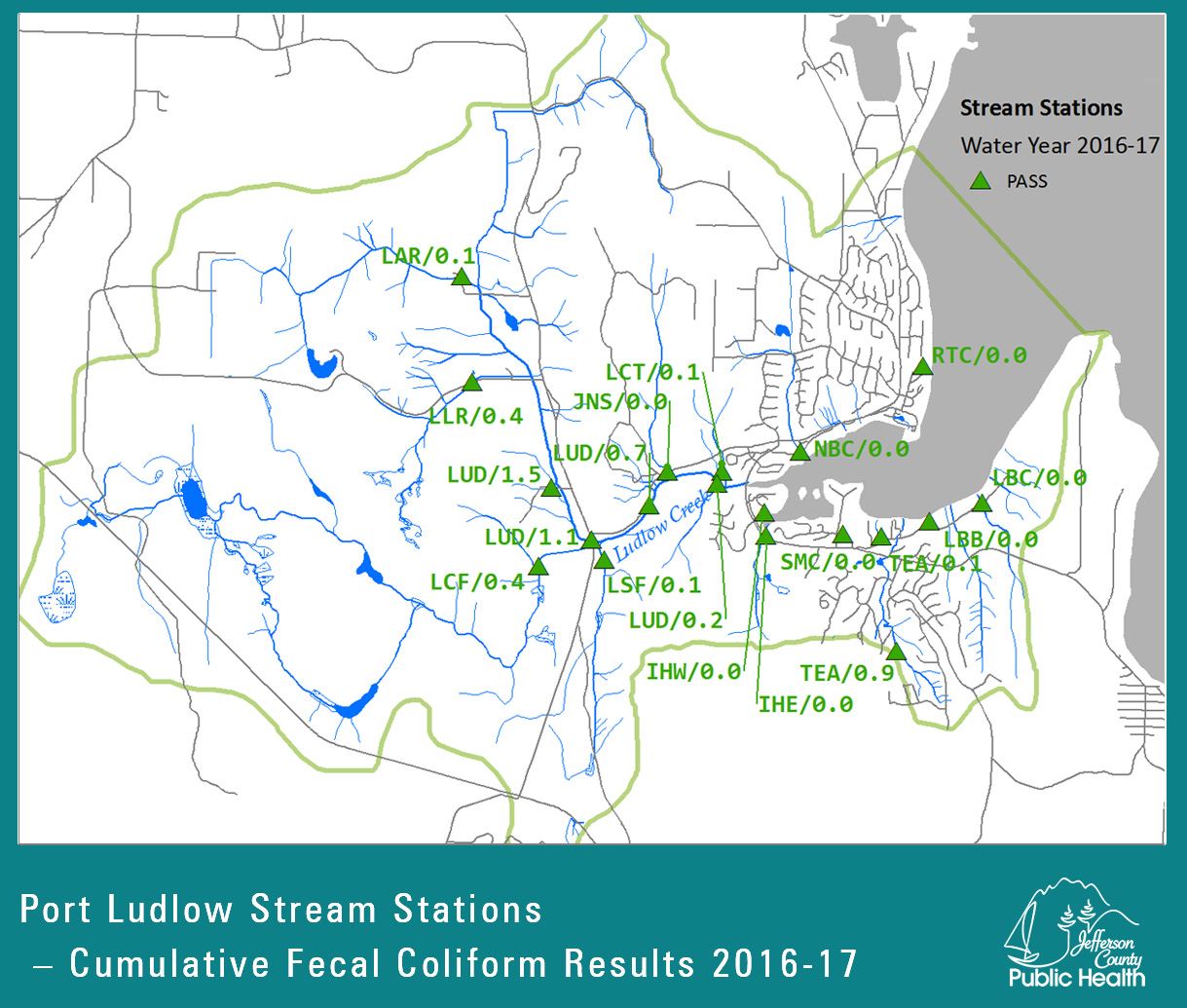 Working for Jefferson County Public Health since Spring of 2015, Anna Bachmann is the Team Lead for the Hood Canal Priority Basins Project and the Central Hood Canal PIC Project.

The Hood Canal Priority Basins Project began in the January 2015 and will run through December 2017. This project focuses on the Chimacum & Ludlow Creeks area of Jefferson County.